The Tale of the Unknown Scout 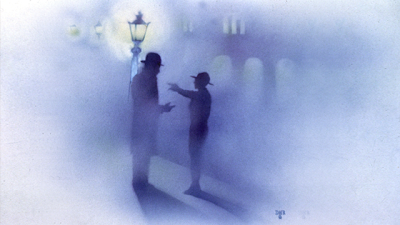 Scouting was brought to America by William D. Boyce, a Chicago publisher, and the way Boyce discovered Scouting is one of the movement’s most colorful stories.

Boyce, it seems, was in London in the fall of 1909 and was out in a famed London fog looking for an office in the center of the city. Nearly at his wit's end, Boyce stopped a young man and asked directions. Not only did the youth tell Boyce how to reach his destination, he actually led Boyce there to make certain the American found his way without becoming lost again.

Boyce, to show his gratitude, offered the youth a tip, but the youth would not accept it. When asked why, the young man told Boyce he was a Boy Scout and taking a tip would negate the good deed he had done and violate his Scouting code.

The youth's gesture impressed Boyce, who later visited with Lord Baden-Powell himself. Boyce was so taken with Baden-Powell and the Scouting idea that back in America he and other men interested in youth development founded the Boy Scouts of America in Washington, D.C., on February 8th, 1910.

No one knows who the Scout was who performed his Good Turn for Boyce, but he has not been forgotten. In Gilwell Park in London, American Scouts had a statue erected in his honor. The statue bears the inscription, "To the Unknown Scout Whose Faithfulness in the Performance of the Daily Good Turn Brought the Scout Movement to the United States of America."